Ken Jackson has been a business owner in Fort Saskatchewan since 1990. For almost 30 years his community involvement includes various committees; boards; chamber of commerce and now serves as the current chairperson of our foundation board. He has received various awards and recognitions over the years including a chamber of Commerce Volunteer of the Year award. Ken and his wife of 38 years; Lorna; are both pet lovers who have made the Fort their home. HIs business as well as sales experience adds fundraising value to our foundation. He is often heard to say the hospital foundation board represents an opportunity to help our hospital from “pediatrics to geriatrics” providing a way to give back to the community he loves. He has a passion for the work he does and believes Enhancing Healthcare will only become more important to our society. Christopher was a member of the Royal Canadian Mounted Police from 1995 to 2018. He has worked in Northern British Columbia, Northwest Territories, and Alberta.

In 2003, Christopher was the recipient of the Queen’s Golden Jubilee Commemorative Medal. Christopher has managed and lead several major cases and projects namely; homicides, member involved shootings, drug projects, and missing persons files all to conclusion.

Christopher is passionate about creating and sustaining a healthy work atmosphere and fostering the talents around him through guidance, mentorship, and feedback.

Christopher is now retired and enjoys spending his free time with his family. Raj is a pharmacist who graduated from the University of Alberta in 2016. He has been the owner of Shoppers Drug Mart in Westpark Fort Saskatchewan since 2017. Raj has obtained his Additional Prescribing Authority and Certified Tobacco Educator certifications, and is proud to offer an advanced pharmacist scope of practice at his store. He is active as a leader and representative through various positions within the Shoppers Drug Mart Owners’ group. Raj’s wife is a pharmacist at the Royal Alexandra Hospital in Edmonton, so he has insight into that aspect of patient care as well.

Raj’s strengths that he brings to the board include knowledge of the health care system and the challenges/opportunities our city faces, as well as experience leading and managing high-performance teams in a community health care setting. He is motivated to enhance Fort Saskatchewan health care and be part of the board because he is a health care provider here, and feels that he can really make a local difference by contributing. Devon Hupka is a 3rd year undergraduate student at the University of Alberta, currently studying human physiology. Along with being a FSCHF board member, Devon donates much of his time to other volunteer positions such as: a teaching assistant for Honours Introductory Physiology course (PHYSL 212/214) at the University of Alberta, the VP Academic for the Undergraduate Physiology Students’ Association, and a regular volunteer in the emergency department as FSCH.

Devon is a very motivated and driven person. After tutoring high school students for many years Devon decided that a great way to reach a larger clientele base and provide his peers with employment would be to start his own business. After developing a website and hiring other university students, Devon had started his own small business which, under his leadership, has proven to be very successful, with more than seven employees and 40 clients total.

Through his many hours of work in these positions, Devon has been able to develop strong leadership, problem solving, and communication skills. Which has proved to be a valuable asset to the FSCHF and the communications committee.

Devon has always wanted to help people. His work with the FSCHF has been a great way to do this as the foundation’s work directly impacts those right here in our community. Since 2013, Wayne has served on the Fort Saskatchewan Community Hospital foundation board in a variety of roles. Wayne Land 1s a Real Estate Broker with Oakwood Management Ltd. specializing in the rental management of single family and light commercial property since 1982 Prior to this he has served in the Land Development industry along with 5 years with an ethical pharmaceutical company as a sales rep and ultimately hospital and special services representative coordinating clinical trials at Major teaching hospitals in Alberta for new drug submission to the Health Protection Branch Wayne has served in many capacities within our community which include Fort Saskatchewan Board of Economic development along with a decade of service as President and Chairman of the board of the Christian Education Association of Alberta, operators of the Fort Christian school and ECS kindergarten. He has served as President and Chairman of the board of the NAIT Alumni Council. Wayne has received the highest honor for any alumnus through NAIT known as the  NAIT ALUMNI AWARD OF DISTINCTION. He has also been honoured with the Terry Douglas Meritorious Award from the Fort Saskatchewan Chamber of Commerce plus others too numerous to mention. Wayne and Rose started married life in Fort Saskatchewan in November 1973 and have been blessed with 3 children who now live within 30 minutes of home and have given them 7 grandchildren. 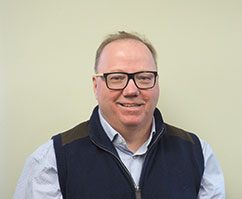 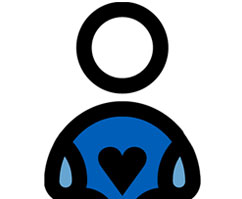 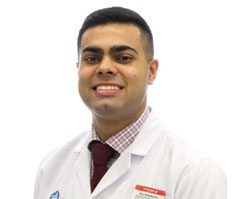